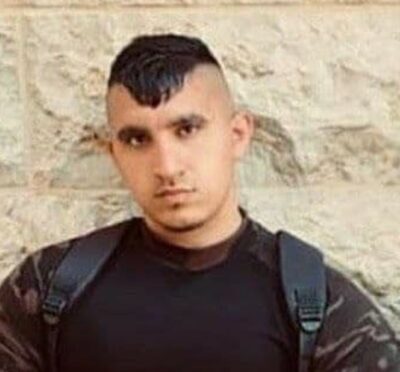 On Thursday, Israeli soldiers killed a Palestinian after an alleged stabbing attack targeting soldiers near the Council Gate in the Old City of the occupied Palestinian capital, Jerusalem, in the West Bank.

Update: Many Israeli soldiers invaded the home of the slain Palestinian in Beit Hanina, north of occupied Jerusalem, and abducted his parents.

Update: The Palestinian has been identified as Amer Husam Bader, 20.

One of the injured police officers, 30 years of age, suffered moderate wounds, and another officer, 25, suffered mild wounds.

The moderately injured officer, who remained alert, was moved to Shaarei Zedek Medical Center for treatment, while the second officer suffered wounds to the lower parts of his body and received treatment at the site.

Following the incident, dozens of soldiers were deployed in the area and closed all streets leading to the Al-Aqsa Mosque compound. 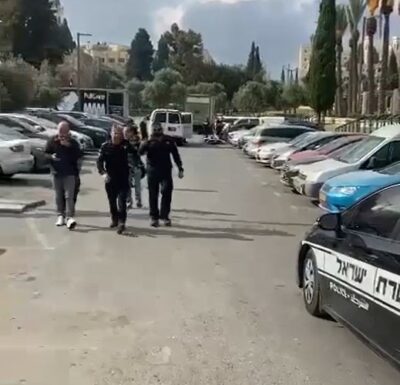 The army also installed many roadblocks, stopped and searched dozens of Palestinians, and interrogated many while inspecting their ID cards.

The incident came shortly after dozens of Israeli soldiers and police officers accompanied groups of illegal Israeli colonizers into the courtyard of the Al-Aqsa Mosque after forcing the Palestinian out.

On Wednesday, the soldiers killed Habes Abdul-Hafith Rayyan, 54, from Beit Duqqu town, northwest, after shooting him at a military roadblock west of Ramallah in the central part of the occupied West Bank.