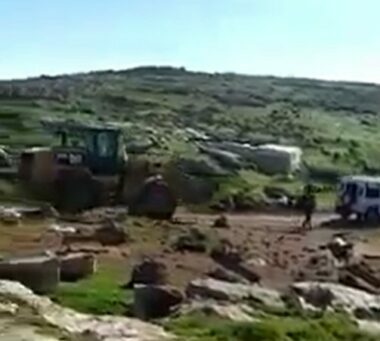 Taiseer Zagharna, a member of the Ramadin Village Council, said the Israeli bulldozers demolished a residential shed and a well owned by Palestinians from the local Abu Arram family.

Zagharna added that the soldiers also demolished a residential shed, a well, and a retaining wall owned by a Palestinian from the Abu Laban family.

The soldiers also confiscated blacksmith tools owned by a member of the Al-Mahthi family from the Arab Al-Freijat area.

A month ago, the army demolished several sheds and wells in the same area near the illegal Annexation Wall.

In related news, the soldiers demolished an agricultural room in Jabal At-Tawil, east of the Al-Biereh city in the central West Bank governorate of Ramallah and Al-Biereh.