Israeli Soldiers Kill A Palestinian In Beit Duqqu Near Jerusalem 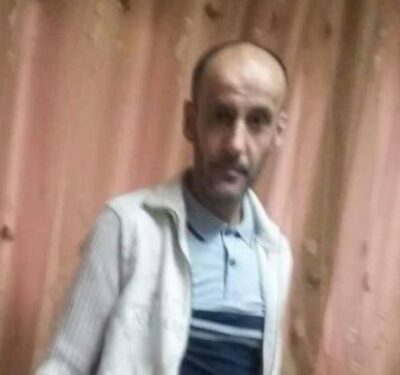 Early Thursday morning, the Palestinian Health Ministry confirmed the death of a Palestinian man whom Israeli soldiers shot in Beit Duqqu town, northwest of the occupied capital, Jerusalem, in the West Bank.

The Health Ministry said the Palestinian, Daoud Mahmoud Khalil Rayyan, 42, was shot by Israeli soldiers with a live round in the heart.

The Palestinian was shot when many army jeeps invaded the town, leading to protests, and fired live rounds, rubber-coated steel bullets, gas bombs, and concussion grenades at the protesters and surrounding areas.

He was shot while standing in his home’s front yard due to random Israeli military fire.

The soldiers closed the area and delayed a Palestinian ambulance rushing to him for more than thirty minutes.

An Eyewitness, Mustafa Mansour, said he was one of a few Palestinians who rushed to aid the wounded man and added that the soldiers looked at Daoud and briefly examined him before they said that he was dead, then left the area.

Rayyan was rushed to a hospital where he was officially pronounced dead due to the gunshot wound to his heart and the resulting massive bleeding, internally and externally.