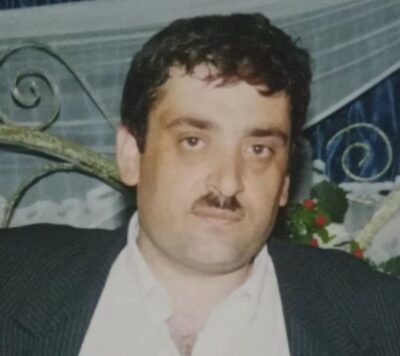 Israeli soldiers killed, on Monday evening, a Palestinian man from Qalandia refugee camp, north of the occupied capital, Jerusalem, in the West Bank.

Medical sources said the soldiers invaded the refugee camp and fired a barrage of gas bombs and rubber-coated steel bullets at Palestinians who protested the invasion, in addition to a clinic, and many surrounding homes.

The soldiers also invaded and ransacked several homes and shops in the area, causing damage.

They added that a man, identified as Fahmi Abdul-Rauf Hamad, 57, suffered the severe effects of tear gas inhalation while inside a clinic run by UNRWA (The United Nations Relief and Works Agency for Palestine Refugees) along with many other patients who also were injured by the gas bombs.

The sources stated that Palestinian medics tried to resuscitate the injured man and rushed him to a hospital in Ramallah, but he succumbed to his wounds.

One of his relatives said the man had various preexisting medical conditions, including kidney failure and diabetes, and added that many patients in the clinic also suffered the effects of tear gas inhalation.

He stated that Fahmi frequently heads to the clinic for medical treatment, and constantly undergoes dialysis.

Hundreds of residents marched in the funeral procession of the slain man while chanting against the escalating Israeli crimes and violations.

In related news, the soldiers placed mobile homes in the location of the evacuated Homesh illegal colony, near Silat ath-Thaher town, south of Jenin, in the northern part of the West Bank.

In addition, several illegal Israeli colonizers injured a Palestinian teen near the town of Huwwara, south of Nablus, in the northern part of the occupied West Bank. The soldiers also abducted a young man at the roadblock.

On January 17th, a Palestinian man, identified as Faleh Mousa Jaradat, 39, was killed by Israeli soldiers at the Etzion Junction, south of Bethlehem in the occupied West Bank after the army claimed he attempted a stabbing attack against the soldiers.

Also on January 17th, Sheikh Suleiman al-Hathalin, 75, died from serious wounds he suffered on January 5th, 2022, after an Israeli tow truck ran him over in the Um al-Khair area of Masafer Yatta, south of Hebron in the southern occupied West Bank.

On January 12th, an elderly Palestinian American man, Omar Abul-Majid As’ad, 80, was killed by Israeli soldiers who invaded a village north of the central West Bank city of Ramallah, before detaining and constantly assaulting him in an under-construction building.

On January 6th, the soldiers killed Bakeer Mohammad Hashash, 21, near Balata refugee camp, east of Nablus, in the northern part of the occupied West Bank.

Also on January 6th, Mustafa Yassin Falna, 25, was killed after being rammed by an Israeli vehicle while heading to his work in Jerusalem.