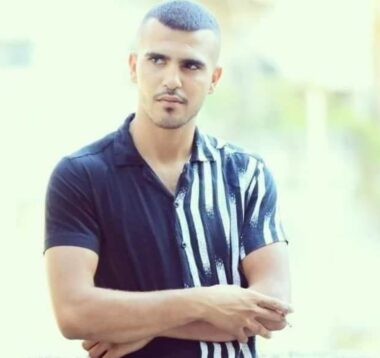 Israeli soldiers killed, on Thursday at dawn, a young Palestinian man in Burqin town, west of the northern West Bank city of Jenin. The soldiers and uncover officers were operating in the area to abduct Palestinian resistance fighters.

Palestinian medical sources said the slain young man has been identified as Ala’ Nasser Zayyoud, 22, from Sielet al-Harithiya town, northwest of Jenin.

They added that the young was shot from a close range and that the soldiers wanted to take his corpse away when Palestinian resistance fighters fired several rounds at them and managed to retrieve the corpse before taking it to Khalil Suleiman governmental hospital in Jenin.

The incident took place when a large Israeli military force, including undercover soldiers, invaded Burqin, leading to protests, and an exchange of fire between the army and armed resistance fighters.

Eyewitnesses said a large military force also invaded an area, between the towns of al-Yamoun and Burqin towns, before surrounding a home. 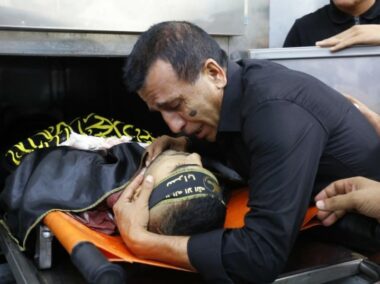 They added that Ala’ ran towards the area of the invasion carrying his weapon, but did not know the soldiers were deployed around the corner and came face to face with them when they shot him with several live rounds, and even fired several rounds at him after he dropped onto the ground.

The soldiers also invaded and ransacked homes, before abducting two young men, and took them to an unknown destination.

The slain Palestinian was a member of the Al-Quds Brigades, the armed wing of the Islamic Jihad.

The Palestinian Health Ministry has confirmed that Ala’ was shot with two live rounds in the chest, in addition to one round in the neck and another round in the right thigh.

Further information revealed that many army jeeps invaded Burqin from several directions, in addition to the nearby towns of Kafrit, al-Yamoun, and Kafr Dan.

The soldiers then surrounded the home of a wounded and imprisoned Palestinian, identified as Mohammad Zar’ini, in the Jabal al-Khasem area in Burqin, and started using loudspeakers demanding the Palestinians in it to leave the property and surrender to the army.

It is worth mentioning that Mohammad was shot by the soldiers a week ago before they abducted him.

The soldiers then detonated the front door and broke into the property, but it was vacant, before they occupied its rooftop, in addition to invading many surrounding homes and posting undercover soldiers there.

The Israeli army claimed that the invasion was part of a larger operation aimed at arresting fighters of the Al-Qassam Brigades, the armed wing of Hamas.

On Thursday morning, the soldiers killed a Palestinian woman, identified as Isra’ Khzaimiah, 30, near the Chain Gate, leading to the Al-Aqsa Mosque, in occupied Jerusalem. The slain woman is from Qabatia town, south of the northern West Bank city of Jenin.