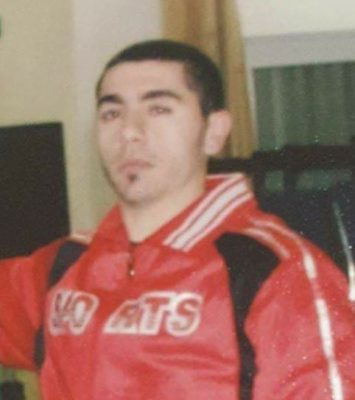 Israeli soldiers shot and killed, on Tuesday evening, a young Palestinian man near Jaba’ military roadblock, northeast of occupied East Jerusalem, after he reportedly attempted to stab them. The soldiers abducted the father of the slain Palestinian and took him to an interrogation facility in Ma’ale Adumim colony.

The Palestinian Health Ministry has confirmed that the slain Palestinian has been identified as Baha’ Samir al-Harbawi, 23, from the town of al-‘Ezariyya, east of Jerusalem.

The Israeli army claimed that the soldiers killed the Palestinian after “he attempted to stab them, while they were conducting routine searches.”

The army also closed the area, and isolated it, while more troops were deployed around it, especially around Palestinian communities north of Jerusalem, and in the northern part of the West Bank. In addition, the soldiers invaded al-‘Ezariyya, and abducted Emad al-Harbawi, the father of the slain Palestinian, after storming his home and searching it, and took him to a detention and interrogation center in Ma’ale Adumim colony.

Hani Halabiyya, the media spokesperson of the Popular Committees, said at least ten military vehicles invaded al-‘Ezariyya and surrounded the neighborhood were al-Harbawi lived, before storming their home and abducting the father.

The family denounced the murder of its son, and the military allegations. Eyad al-Harbawi, the uncle of the slain Palestinian, said Baha’ left al-‘Ezariyya after finishing his work in the evening, and told the family that he was heading to Ramallah to visit his brother, and to do some shopping there. Baha’ was never detained and imprisoned by Israel, and had no political affiliation.