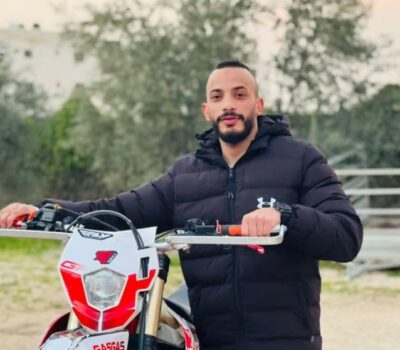 Late on Monday at night, Israeli undercover forces and soldiers invaded the Jenin refugee camp in the northern West Bank city of Jenin and exchanged fire with Palestinian resistance fighters before killing one and seriously wounding two others.

The soldiers then opened fire at the Palestinian fighters, leading to an exchange of fire before the army killed a former political prisoner, Abdullah al-Hosary, 22.

Palestinian medical sources said Abdullah was shot in the chest and died from his wounds.

The Al-Quds Brigades, the armed wing of the Islamic Jihad, said Abdullah was one of its members.

They added that the soldiers seriously injured two other Palestinians after shooting one with a live round in the head and the other in the abdomen.

During the invasion, the soldiers stormed the home of Jamal Abu al-Haija and ransacked the property before abducting his son, Emad.