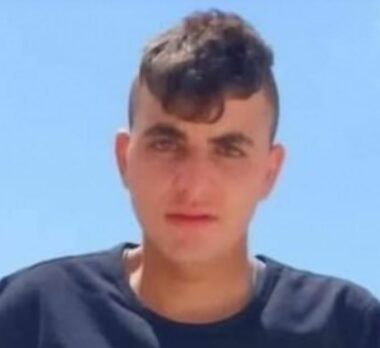 Israeli soldiers killed, late on Wednesday at night a Palestinian teen, and injured at least two others, in Deir Abu Mashal town, west of Ramallah, in central West Bank. The corpse of the slain Palestinians remains in the hands of the Israeli army.

The Palestinian Health Ministry said it was informed that the teen Mohammad Damer Matar, 17, died from serious wounds he suffered after the soldiers shot him with live fire, on Wednesday at night, after the soldiers and undercover officers invaded the town.

The Palestinian teen was one of at least three who were shot by the soldiers, during protests that erupted after the army invaded their town.

The Palestinian Red Crescent Society (PRCS) said its medics provided the needed treatment to two Palestinians; one of them suffered a moderate-but-stable injury, and the second suffered mild wounds, before they were rushed to Palestine Medical Complex In Ramallah.

The Palestinian medics were never able to reach the slain Matar and provide him with the urgently-need treatment, as he was taken by the soldiers, and the family was officially informed of his death on Thursday morning.

The Israeli army claimed it observed Palestinian preparing Molotov cocktails to use them in attacks against military vehicles and settlers’ cars, before targeting the Palestinians with live fire.

The Palestinian Ministry of Foreign Affairs and Expatriates denounced the killing of the teen and held Benjamin Netanyahu along with his right-wing coalition partners fully responsible for killing Matar.

It added that the killing is yet another crime against the Palestinian civilians and a continuation of Israel’s field execution policies.