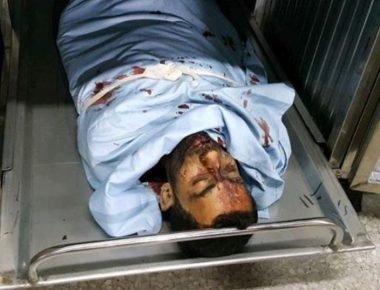 Medical sources in Gaza said the Palestinian was rushed to the Shifa Medical Center, in Gaza city, before he was admitted to surgery, after suffering severe injuries, but later succumbed to his wounds.

ٍٍSabri was a newlywed young man, who got married only five months ago.  He was shot near Karni Crossing, east of Gaza city.

Israeli sources said some protesters continued to launch burning kites across the border fence, causing a new fire near Kissufim military base, in southern Gaza.

In related news, the Israeli army claimed that its soldiers observed two Palestinians, “who tried to breach the border fence,” and added that they carried explosives, which detonated while they were running back to Gaza, apparently wounding them.