Israeli Soldiers Kill One Palestinian, Injure Ten Others, In Gaza 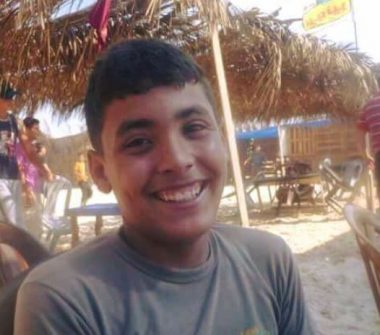 Israeli soldiers killed, Friday, one Palestinian and injured at least ten others, after the army attacked dozens of Palestinian protesters, in Palestinian lands, near the border fence east of Jabalia, in the northern part of the Gaza Strip.

Medical sources at the Indonesian Hospital, in nearby Beit Lahia city, said the Palestinian, identified as Aa’ed Khamis Jom’a, 35, was shot with a live round in the head.

They added that the soldiers also shot and injured ten other Palestinians with live fire. It is worth mentioning that the al-Quds Brigades, the armed wing of the Islamic Jihad, issued a statement mourning Jom’a as one of its members. There have been no armed clashes during the Israeli attack, and none of the protesters, including the slain Palestinian, carried weapons.

Furthermore, the soldiers shot one Palestinian with a live round in his leg, after attacking protesters in Palestinian lands, eat of the Sheja’eyya neighborhood, in the eastern part of  Gaza city. The wounded young man was moved to the Shifa Medical Center, west of Gaza city.

Also, the soldiers, stationed in the Nahal Oz military base, across the fence, fired gas bombs into Palestinian lands, causing dozens of residents to suffer the severe effects of teargas inhalation.

Three Palestinians were also shot with live Israeli army fire, east of the al-Boreij refugee camp, in central Gaza, and were moved to the Al-Aqsa hospital, in Deir al-Balah.

Furthermore, the soldiers attacked protesters east of Khan Younis, in the southern part of the besieged coastal region.