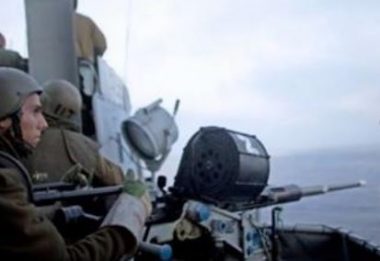 Media sources said the soldiers, stationed on military towers in army bases, across the border fence, fired many live rounds into Palestinian lands, east of Khan Younis, in the southern part of the Gaza Strip.

The soldiers fired the live rounds in several separate in attacks, forcing the Palestinians away in fear of further escalation.

In addition, Israeli navy ships fired live rounds at fishing boats, in Palestinian territorial waters, in the northern part of the Gaza Strip, forcing the fishermen back to shore.