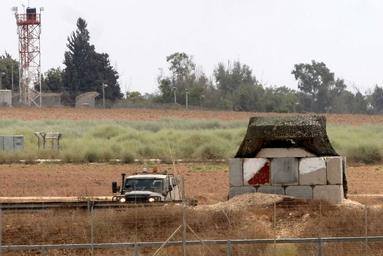 Israeli soldiers, stationed in their military towers across the perimeter fence with the Gaza Strip, opened fire, on Sunday at dawn, on several Palestinian farmers on their own lands in central Gaza and in the southern part of the coastal region.

Media sources said the soldiers targeted many farmers in agricultural lands, east of the al-Maghazi refugee camp, in central Gaza, forcing them to leave.

They added that a similar attack was carried out by soldiers, stationed in their towers at Kissufim military base, opened fired on farmers and a Palestinian bulldozer in lands in the eastern part of al-Qarara, northeast of Khan Younis, in the southern part of the Gaza Strip.