Israeli Soldiers Photograph Residential Buildings, And A Mosque, In Jerusalem 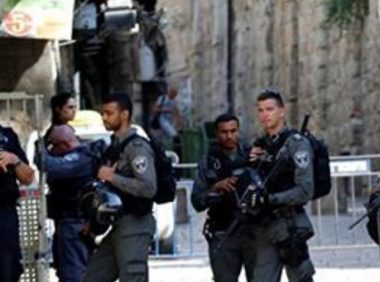 Dozens of Israeli soldiers invaded, on Monday before noon, the al-Matar neighborhood, near Qalandia refugee camp, north of occupied East Jerusalem, and photographed residential buildings and a mosque, in preparation for demolishing them.

The threatened buildings, including vacant and occupied flats, and the mosque, are facing demolition by the Israeli army under the pretext of being built without permits.

The City Council in occupied Jerusalem is also planning to pave a road parallel to the Annexation Wall in the area, an issue that placed the building under direct threats of demolition.

The issue is still being discussed in Israeli courts, and the demolition notices have been served even though, so far, no final verdict has been reached.