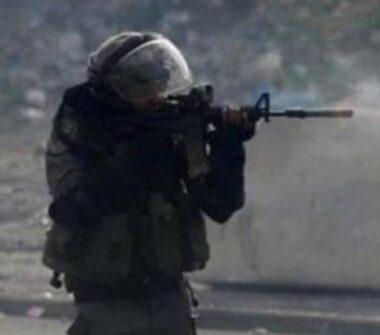 Media sources said the soldiers opened fire at the Palestinian while he was walking near the Annexation Wall, near Taybeh village, west of Jenin, inflicting life-threatening wounds.

They added that the injured Palestinian in from Umm al-Fahem town in the Haifa District.

After shooting the young man, who holds Israeli citizenship, the soldiers took him to an Israeli hospital.

It is worth mentioning that Umm al-Fahem is only twenty kilometers northwest of Jenin.