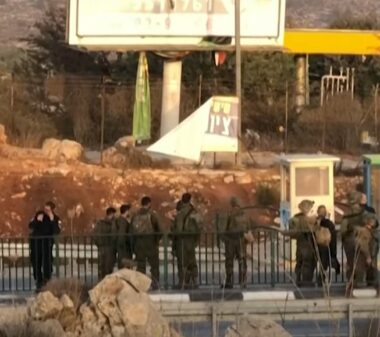 On Tuesday evening, Israeli soldiers opened fire at a Palestinian car and injured the driver before abducting him near Ramallah, in the central part of the occupied West Bank.

Media sources said the soldiers fired many live rounds at the car while driving near the illegal Ofra colony, built on stolen Palestinian lands between Silwad and Ein Yabrud towns, northeast of Ramallah.

They added that the soldiers injured the driver, prevented Palestinian medics from approaching him, and took him to an unknown destination.

The soldiers also installed many roadblocks between the towns of Beitin, Taybeh, Silwad, Ein Yabrud, and on the Ramallah-Nablus Road before stopping and searching dozens of Palestinian cars.