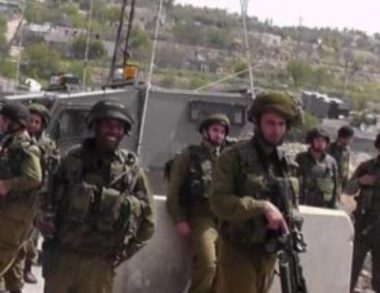 Israeli soldiers shot, on Friday at dawn, a Palestinian worker near the gate of the illegal Annexation Wall, close to Thaher al-Abed village, south of the northern West Bank city of Jenin.

The Palestinian suffered moderate wounds and was rushed to a hospital in Jenin city, medical sources said.

It is worth mentioning that, a week ago, the soldiers shot two young Palestinian men, also while trying to cross the gates of the Annexation Wall.