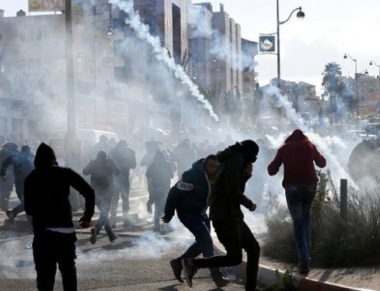 Israeli soldiers invaded, on Friday at dawn, the al-‘Irsal neighborhood in the central West Bank city of Ramallah, and abducted a student of Birzeit University, from his home, after repeatedly assaulting him.

The soldiers invaded the family home of Fadi at-Tarsha, and repeatedly assaulted him while violently searching and ransacking the property, media sources said.

The sources added that the soldiers cuffed and blindfolded the young man and took him to an unknown destination.

In related news, the soldiers invaded Sateh Marhaba neighborhood in the al-Biereh nearby city, and fired many gas bombs and concussion grenades at local youngsters, who protested the invasion and hurled stones at the army jeeps.