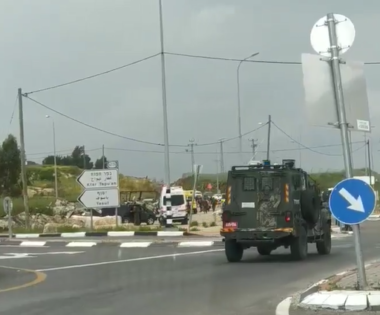 Israeli soldiers shot, Tuesday, a young Palestinian man at the electronic gate, which was installed by the soldiers near Zeita village, north of Tulkarem, in the northern part of the occupied West Bank.

Eyewitnesses said the soldiers shot Abdul-Salam Khalil Kittana, 25, from Nazlet Issa village, north of Tulkarem, while he was trying to cross the gate to go to work.

They added that the Palestinian was shot in his leg, and the soldiers detained him at Barta’a military roadblock, where they interrogated him and later released him to the Palestinian District Coordination Office.

It remains unknown why the soldiers shot him in the first place, especially since they released him after interrogating him.

On Monday, the soldiers stationed at Barta’a military roadblock, southwest of Jenin, shot a young man, identified as Ahmad Mustafa Sa’abna, from Fahma village, south of the northern West Bank city of Jenin.