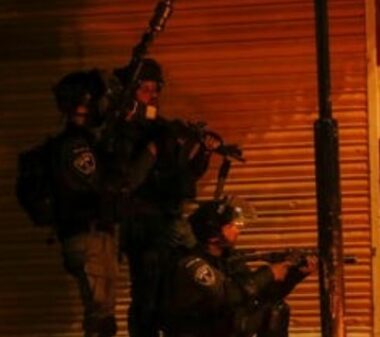 Israeli soldiers shot, on Friday evening, a Palestinian teenage boy, and caused many residents to suffer the effects of tear gas inhalation during protests that took place near Jenin, in northern West Bank.

They added that the soldiers shot a teen, 17 years of age, with a live round in the thigh, and caused many Palestinians to suffer the effects of tear gas inhalation.

The teen suffered moderate but stable wounds before the medics rushed him to a hospital in Jenin.

In related news, the soldiers attacked Palestinian protesters near Bilal Bin Rabah mosque, at the northern entrance of Bethlehem city, south of occupied Jerusalem, and fired gas bombs in addition to concussion grenades at them.