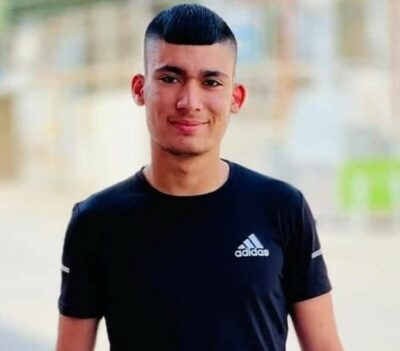 On Monday, Israeli soldiers killed one Palestinian and injured at least five in Jenin, in the northern part of the occupied West Bank.

The Palestinian Health Ministry has confirmed that Mahmoud Abdul-Jalil Sa’adi, 17, has died from serious wounds he suffered after the soldiers shot him in the abdomen.

It said Mohammad was rushed to Ibn Sina Specialized Hospital in Jenin and was instantly admitted to surgery but succumbed to his serious wounds. 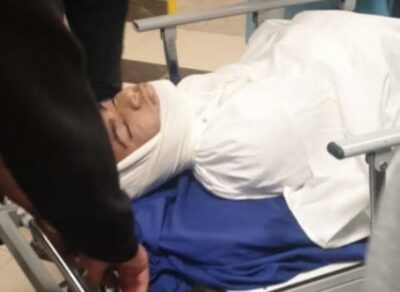 The Health Ministry also said the soldiers shot five Palestinians; two of them were shot in the chest, one in the abdomen, and another Palestinian in the shoulder, in addition to one who was shot in the leg.

Palestinian medics rushed to the area and moved the wounded to Jenin governmental hospital despite being attacked by the soldiers who tried to prevent them from reaching the invaded area.

The Palestinian Health Ministry said Mahmoud was a high school student at a local school in Jenin.

During the invasion, the soldiers surrounded a home in the Al-Hadaf area and abducted a young man, Rateb Al-Bali, after exchanging fire with him and firing several Energa shells at the property.

According to investigations by the Palestinian Center For Human Rights (PCHR): “‘At around 07:30 on Monday, 21 November 2022, an Israeli special force from “Yamam Unit” sneaked into al-Hadaf neighborhood adjacent to Jenin refugee camp, western Jenin, and cordoned off a house belonging to Rateb Raed Rateb Bali (22).

Moments later, IOF backed by military vehicles and a drone moved into and besieged the neighborhood as well as tightening the siege on the area surrounding the house.

They started heavily shooting at the cordoned house and then fired an Energa grenade at the roof of the 2-storey house, forcing Rateb Bali to surrender to the IOF.  During the house siege that continued till 09:10, Palestinians gathered and threw stones at the Israeli military vehicles in the neighborhood while IOF opened fire at them.

As a result, 5 Palestinians were injured, including Mahmoud ‘Abdel Jalil Hadi al-Sa’di (17), from Jenin refugee camp, who was injured with a bullet in his abdomen near al-Kina intersection near al-Hadaf neighborhood when he was on his way to his school (Martyr Farahat Hashad High School for Boys.)”

Updated From:
Israeli Soldiers Shoot Five Palestinians, One Seriously, Abduct One, In Jenin
Nov 21, 2022 at 10:30

On Monday morning, Israeli soldiers invaded Jenin, in the northern part of the occupied West Bank, shot five Palestinian, at least one seriously, and abducted another. 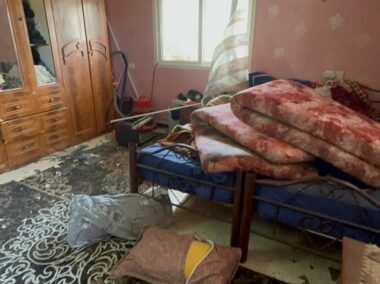 Media sources said protests occurred after the army jeeps invaded the Al-Hadaf neighborhood in Jenin before the soldiers stormed and ransacked homes and used their rooftops as firing posts and monitoring towers.

They added that the soldiers fired many live rounds, rubber-coated steel bullets, gas bombs, and concussion grenades at Palestinian protesters.

The Palestinian Health Ministry has confirmed that the soldiers shot five Palestinians, including one who suffered a serious gunshot wound to the chest.

One of the wounded suffered a moderate gunshot wound to the chest, and three suffered mild injuries.

The Health Ministry added that the soldiers fired live rounds at an ambulance and prevented medics and journalists from driving to the invaded area.