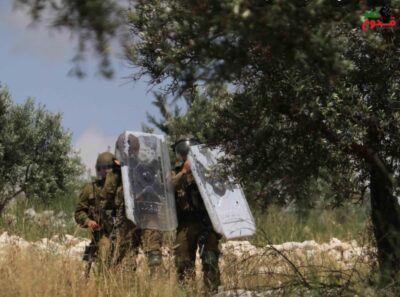 The Palestinians marched from the center of the town while chanting against the ongoing illegal occupation, its colonies, and escalating violations.

Media sources said the soldiers fired many rubber-coated steel bullets at the protesters, wounding four and causing many to suffer the effects of tear gas inhalation.

The soldiers also chased and tried to ambush several protesters but were unable to abduct any.