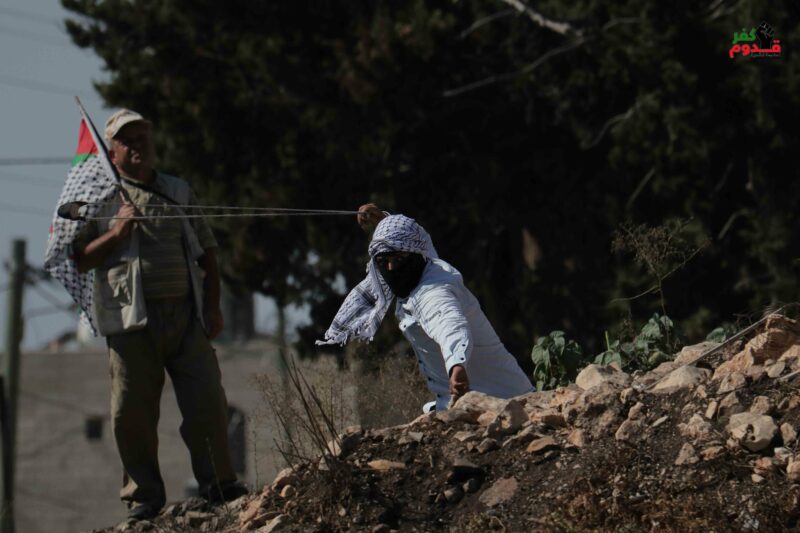 Morad Eshteiwi, the Coordinator of the Popular Resistance in Kufur Qaddoum, said that five Palestinian protesters were shot with rubber-coated metal bullets, two of whom were transferred to hospital after being shot in the head and back.

The three remaining shooting injuries were treated on the scene, as were the inhalation injuries from tear-gas fired by Israeli forces.

He added that more than 100 Israeli troops invaded the village and fired tear-gas canisters indiscriminately at cars and civilian homes.

The weekly Kufur Qaddoum demonstration has been attended by locals every Friday as a means to express their rejection of illegal Israeli settlements, and to insist that the main road, which was closed by the Israeli occupation in 2003, be reopened to Palestinian residents.

Eshteiwi said that the march, which has been ongoing for a decade, will continue, in the face of all forms of repression, until its goals are fully realised.