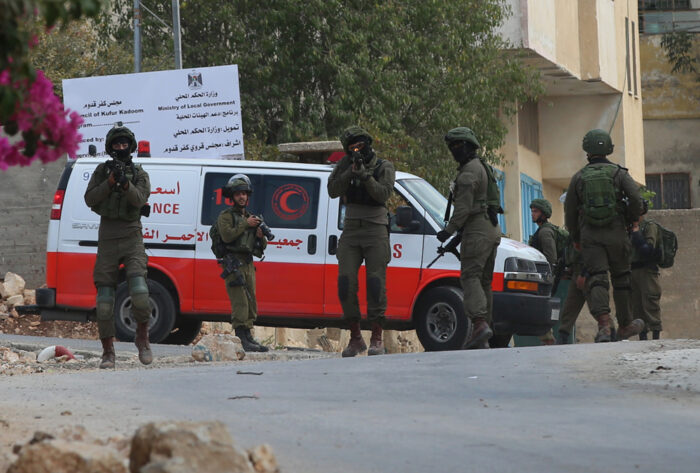 Early Saturday morning, Israeli forces invaded the town of Laban, south of Nablus and fired live ammunition at Palestinians who were out in the streets protesting the ongoing Israeli violations of the al-Aqsa Mosque and of Palestinians in Jerusalem. Three young men were shot, and were taken to the hospital in Nablus for treatment.

According to the Palestinian Wafa News Agency, the Israeli soldiers fired live bullets, rubber bullets, and tear gas canisters at the townspeople and the young men participating in the march, wounding three of them with bullets, along with dozens of cases of tear gas inhalation.

The protesters were calling for an end to the Israeli violations which began last week on the first day of the Muslim holy month of Ramadan, and have escalated since then. On the first day of Ramadan, Israeli troops attacked Palestinians trying to pray and celebrate their holiday. The troops confiscated food meant for the evening breaking of the fast at the al-Aqsa mosque, and cut the wire to a loudspeaker that was leading the prayer.

The escalation was compounded by mass assaults and calls for further violence by extremist right-wing Israeli groups that called for expelling the Palestinians, and marched through the streets chanting “Death to Arabs”.