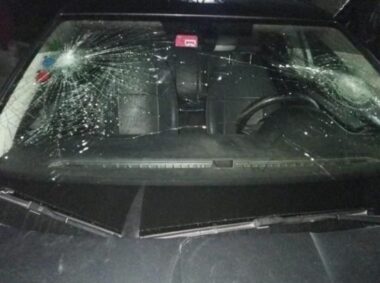 A group of fanatic illegal Israeli colonists attacked, on Sunday at night, many Palestinian cars, north of the northern West Bank city of Nablus, causing damage.

Media sources said the colonists gathered at the main Nablus-Jenin Road, north of Nablus city, and closed it before hurling stones at many Palestinian cars, causing damage to many of them.

They added that the colonists were chanting racist anti-Palestinian slogans while throwing stones at the cars.

Furthermore, the colonists attempted to invade Burqa village, north of Nablus but were intercepted by dozens of Palestinians, leading to protests, before Israeli soldiers invaded the village and started firing gas bombs and rubber-coated steel bullets at the Palestinians, causing several injuries.