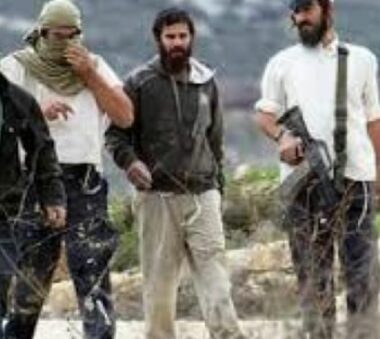 Marwan Sabah, the head of Umm Safa Village Council, said the colonists closed the main road in the eastern part of the village with concrete blocks.

He added that Israeli soldiers were present during the attack, and forced the Palestinians away instead of removing the Israeli assailants.

The colonists also tried to attack several Palestinians and their cars in the area, while the soldiers stood and watched.

In related news, a group of Israeli colonists attacked many Palestinian cars, north of the northern West Bank city of Nablus, causing damage.