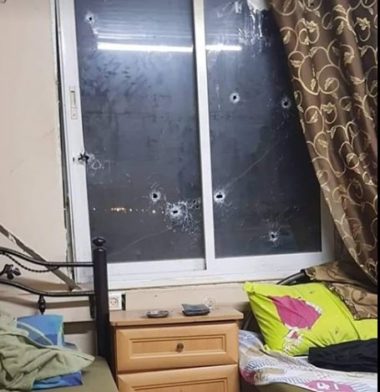 Dozens of Israeli soldiers invaded, on Tuesday at dawn, the northern West Bank city of Nablus, and surrounded a center run by the Palestinian Preventative Security Force before opening a barrage of live fire at it, wounding one officer and causing property damage.

Nablus Governor, Lieutenant Ibrahim Ramadan, said dozens of soldiers surrounded the Palestinian Preventative Security building in Nablus, and fired dozens of live rounds at it, wounding one officers, in addition to smashing many windows and causing damage to vehicles.

He added that the Israeli military claims about its soldiers coming under fire while invading an area near the security center are fabrications, and that this attack is not the first, and won’t be the last, especially amidst the current serious escalation against the Palestinians, their homes and lands.

The governor also stated that the army’s bullets were meant to kill, as the soldiers fired dozens of live rounds into the buildings through their windows, and many of their bullets struck various offices and dorms.

The soldiers later withdrew from the city, without abducting any of the officers, and fired many live rounds at random while driving away.