Israeli Soldiers Wound And Abduct A Palestinian In Ni’lin 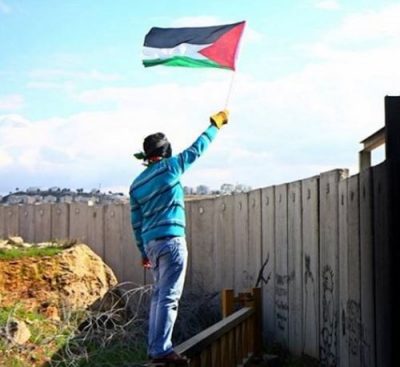 Israeli soldiers assaulted, Friday, the weekly nonviolent protest against the Annexation Wall and colonies, in Ni’lin village, west of Ramallah in the occupied West Bank, and wounded a young Palestinian man before abducting him.

The soldiers invaded the village, and attacked the weekly procession by firing live rounds, rubber-coated steel bullets and gas bombs.

One Palestinian, identified as Mohammad Abdul-Qader ‘Amira, was shot before the soldiers abducted him.

The extent of his injury remains unclear, as the soldiers took him to an unknown destination, after preventing the Palestinians, including medics, from approaching him.

In related news, the soldiers attacked the weekly protest in Kufur Qaddoum town, in the northern West Bank district of Qalqilia, and shot three children with rubber-coated steel bullets, in addition to causing many protesters to suffer the effects of teargas inhalation.

Furthermore, the army  invaded Tubas, in the northeastern part of the occupied West Bank, and clashed with local youths, before shooting four with live fire, and causing many to suffer the effects of teargas inhalation.