Israeli Statistics: Settler Raids at Al-Aqsa Up by 250% 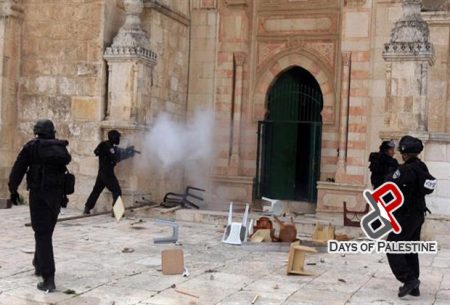 The year 2016 reportedly witnessed the highest amount of Israeli raids at Al-Aqsa Mosque since East Jerusalem was occupied 50 years ago, Israeli statistics revealed on Sunday.

The figures showed, according to Days of Palestine, that such raids increased by at least 250 per cent over the past seven years; 5,658 Israelis are reported to have raided the mosque in 2009, whereas last year’s figure stands at more than 14,000.

Extreme right-wing Israeli organizations claim that the reasons for the increase include better arrangements and a “quieter” situation compared to the previous year.
It was noted that Palestinian groups trying to protect the sanctuary, including the Sharia Schools inside Al-Aqsa itself and the Islamic Movement in Israel, have been delegitimized for their efforts by the Israeli government.

Such statistics did not include raids by Jewish students and the Israeli security services, either with plain clothes or military.

As such, Safa news agency explained, there is a big difference between the statistics claimed by Israel and those collated by Palestinian sources.