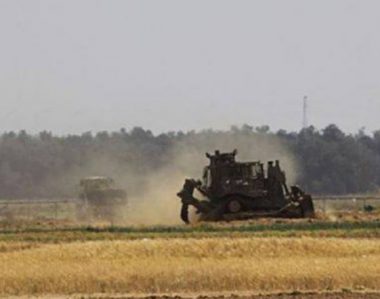 The Palestinian News & Info Agency (WAFA) has reported that the bulldozers uprooted farmlands and created sand hills near the border fence.

It added that the army also fired several live rounds during the invasion, to keep the Palestinians out of their lands.

The invasion is part of ongoing Israeli violations targeting the Palestinians, their lands and property, in addition to attacking fishing boats in Palestinian waters, in the besieged Gaza Strip.