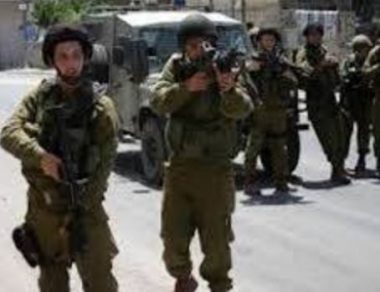 The Palestinian Prisoners’ Society (PPS) has reported that the soldiers invaded and ransacked many homes in Silwan town, in Jerusalem, and abducted Fuad al-Qaaq, Majd A’war, Naji Odah, and Baha’ Odah.

Another Palestinian, identified as Ashraf Mohammad al-Hmeidi, 17, was taken prisoner from his home, in al-‘Ezariyya town, east of Jerusalem.

It is worth mentioning that the soldiers also shot and injured, on Monday morning, a Palestinian worker, east of Bethlehem, while trying to enter occupied East Jerusalem for work.