Israeli Soldiers Abduct A Father And His Teenage Daughter In Salfit 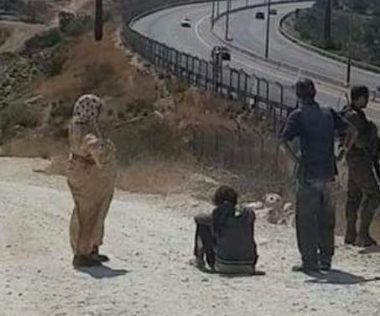 Israeli soldiers assaulted, on Monday afternoon, a Palestinian father in the al-Jisir area in Salfit, in the northeastern part of the occupied West Bank, and abducted him along with his teenage daughter.

They added that the soldiers then abducted Yasser, along with his daughter Sojoud, 15 years of age.

It is worth mentioning that Yasser is from Gaza, and has been living in the az-Zawiya town, west of Salfit, since the year 2000.

in related news, the soldiers have invaded, overnight until early morning hours Monday, several Palestinians areas in the West Bank, including occupied East Jerusalem, searched many homes and abducted fifteen Palestinians, including many teenagers.