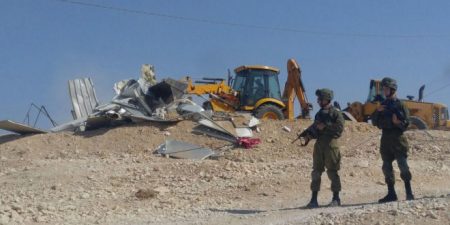 The homes were funded by the European Union, and were demolished by Israeli soldiers who broke into the area with bulldozers, closed it off, and began the process.

The area is located in area C of the West Bank, which falls under complete Israeli control -military and civil administration, PNN further reports. The demolitions in the area have been repetitive, as Israel aims to expand the illegal settlements surrounding Yatta, and has faced sharp criticism from the international community.