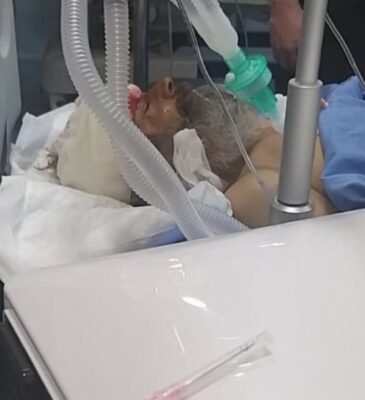 An elderly Palestinian activist suffered a critical skull fracture, on Wednesday, after an Israeli tow truck ran him over in the Um al-Khair area of Masafer Yatta, south of Hebron in the southern occupied West Bank, the Palestinian News & Information Agency (WAFA) reported.

Sheikh Suleiman al-Hathalin, 75, a well-known activist, was rammed with a military truck during nonviolent protests that took place after the soldiers invaded Masafer Yatta, causing him to suffer a critical skull fracture. Fouad al-Amour, the Coordinator of the Protection and Steadfastness Committees in Masafer Yatta, stated that the army invaded the area, accompanying a tow truck, and seized several Palestinian-owned vehicles, leading to protests.

Local Palestinians gathered in the area to stop the Israeli army from confiscating their privately-owned vehicles when the tow truck drove over the elderly man.

Al-Hathalin was transferred to the hospital in Hebron, where he remains in a life-threatening condition at the Intensive Care Unit.

It is worth mentioning that Suleiman is well known for his activist and nonviolent resistance against Israel’s illegal colonialist activities, including the theft of Palestinian lands, and has been frequently assaulted by soldiers and colonizers, in addition to being repeatedly detained by the army.

He is a prominent figure and has been part of ongoing protests, especially after Israel confiscated Palestinian lands in the 1980s, and built the illegal Carmiel colony.