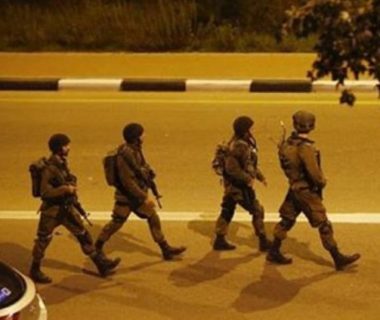 The sources added that Israeli troops broke into the home of prisoner Ja’far Abu Salah from the Arraba town, south of Jenin, and then ransacked the home.