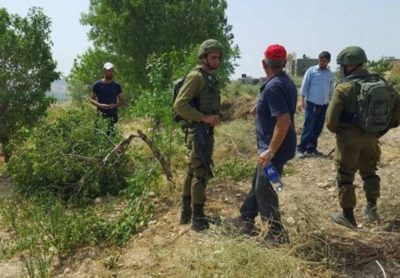 Media department of the Islamic Hamas party reportedly recorded 1015 Israeli army violations against Palestinians in the West Bank, during April of this year, alone.

The department noted in a report that Israeli troops, over the past couple of months, have been carrying out various violations against Palestinians, especially under the spread of Coronavirus.

With respect to the continued Israeli invasions of Palestinian-owned homes, the report suggested that during April of this year, alone, Israeli troops invaded 74 Palestinian civilian homes in the internationally-recognized occupied East Jerusalem.

The violations, according to the report, included 181 abductions, 77 incidents of property damage such as green houses and commercial facilities.

Documenting attacks by colonial Israeli settlers, the report suggested that recently, there has been 72 violations against Palestinian medical crews, which continue to fight the spread of the Coronavirus.

Concerning frequent Israeli invasions into Palestinian villages and towns, the report recorded 212 such invasions, particularly in the West Bank city of Hebron and the occupied East Jerusalem’s old city, as well as some other Palestinian areas, including Beit Ummar town, on the outskirts of the Hebron district.