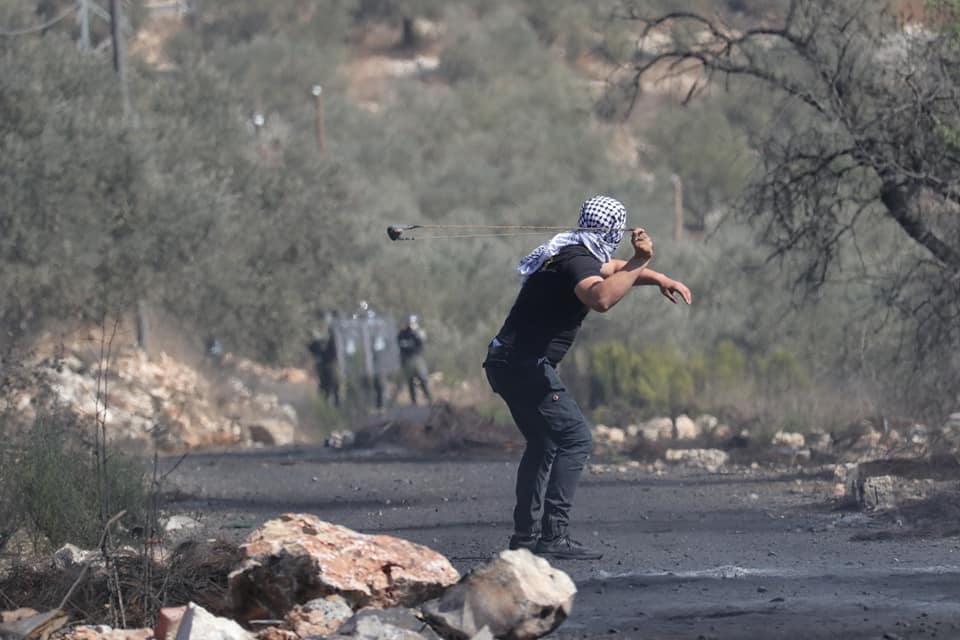 Several Palestinian civilians, on Friday, suffered the toxic of effects of tear-gas inhalation at the weekly demonstration in the northern West Bank village of Kufur Qaddoum, east of Qalqilia, the Palestinian Information Center reported.

Dozens of citizens, including a journalist, were injured by Israeli forces at the weekly march, in which villagers insist that Israeli authorities reopen the road that it closed seventeen years ago.

Morad Eshteiwi, the coordinator for the popular resistance, said that Israeli forces fired tear-gas canisters and concussion grenades at the crowd in order to crack down on the demonstration.

He stated that many protesters suffered inhalation injuries, and all were managed by local medics on the scene.