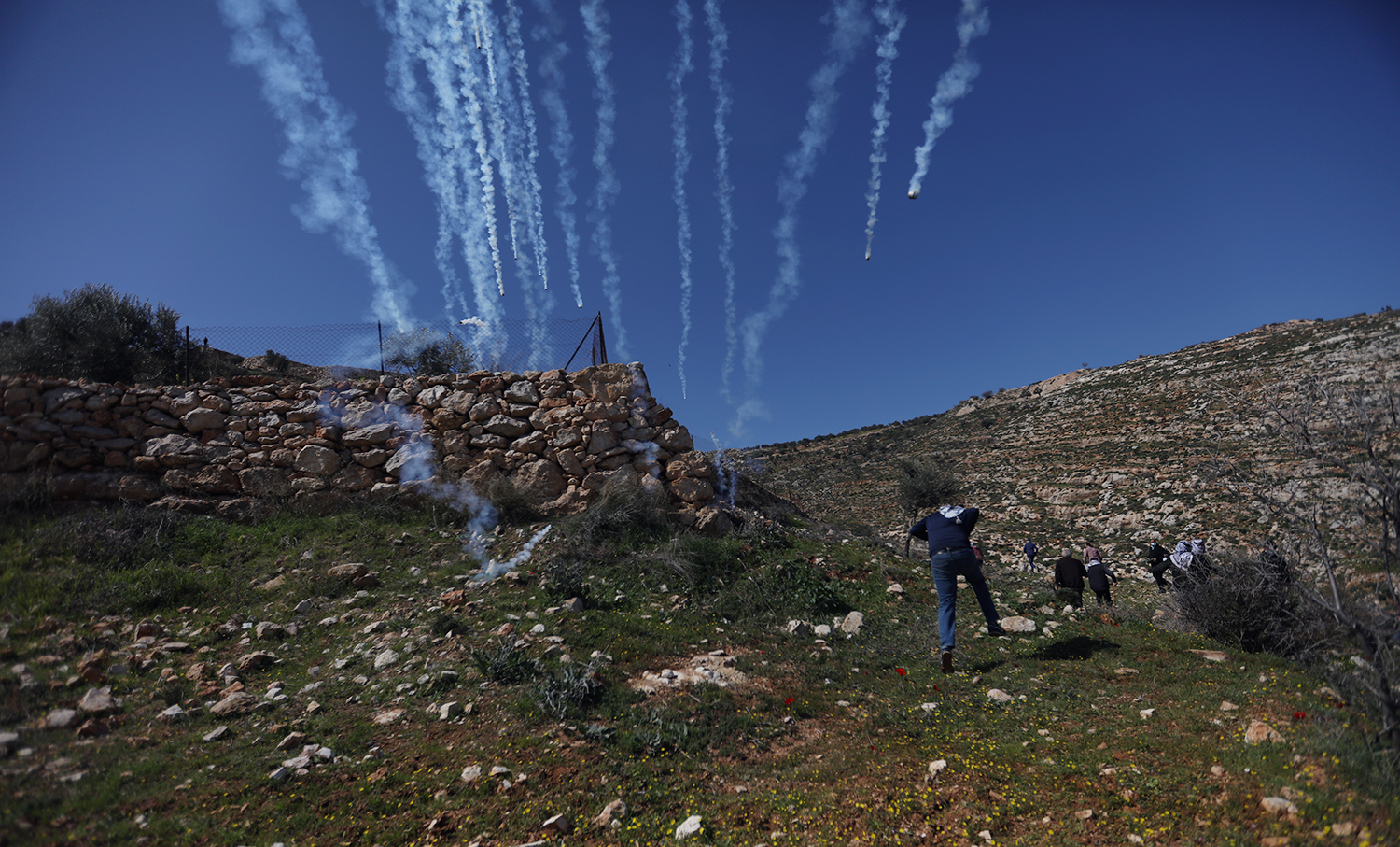 A protest march and rally in the village of Deir Jarir, east of Ramallah, was assaulted by Israeli forces on Friday, who fired tear gas at the demonstrators and interfered with local media attempts to cover the protest.

According to the Palestinian news agency Wafa, the Israeli forces that invaded the village stopped their media vehicle, inspecting the press cards of the journalists and hindering them from covering the protest.

The protest in Deir Jarir focused on the construction of a new Israeli colonial settlement on a local mountain known as Jabal Sharafeh, owned by residents of Deir Jarir, but recently commandeered by Israeli paramilitary forces who forced the Palestinians off their land and took it over, constructing a fence around it and claiming it for the state of Israel.

The Israeli military brought in dozens of huge cement blocks to block the Palestinian residents from reaching their land.

This type of land takeover using military and paramilitary force is a practice that was long-abandoned in much of the world and condemned as a ‘might-makes-right’ type of colonialism that is no longer allowed under international law and the Fourth Geneva Convention. However, Israeli colonial settlers continue this practice, with more takeovers of Palestinian land each day in different parts of the West Bank.

Although the practice has been criticized by the United Nations General Assembly and the Security Council on numerous occasions, Israeli soldiers and paramilitary forces have continued the practice unabated, and no force has stepped in to stop them from continuing the land takeovers.

During the Friday protest in Deir Jarir, which was recently added to the long list of Palestinian villages that hold weekly non-violent demonstrations against the takeover of their land, the Israeli soldiers opened fire with a large number of tear gas canisters towards the protesters, causing a number to suffer from the effects of tear gas inhalation.