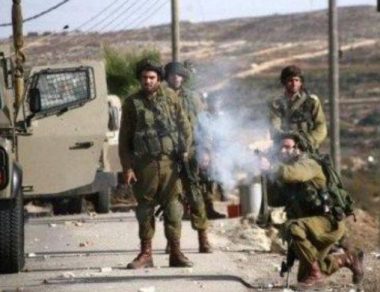 Sources told media outlets that Israeli troops, positioned on the northern checkpoint of Qalqilia, opened fire indiscriminately on a group of Palestinian youths.

Medical sources reported that the Darweesh Nazzal hospital in Qalqilia, received a wounded teen boy on Friday afternoon, his injury was described as moderate.

Protests by local Palestinian youths, across the West Bank, are reported frequently under the protracted Israeli occupation of the West Bank.

Many of those protests are said to be in reaction to various Israeli measures, including abductions, checkpoints, daily harassment and an increase in Israeli military presence in Palestinian civilian areas.