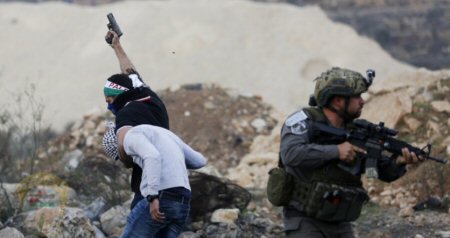 Israeli undercover soldiers, or mista’arvim, on Sunday evening, kidnapped a Palestinian child from a shop in Jerusalem.

Yusuf Dari, age 13, was abducted from a shop in al-Isawiyya neighborhood, north of occupied Jerusalem, by Israeli undercover forces.

According to eyewitnesses, the soldiers ambushed Dari, and waited in the store, and immediately entered, attacked and detained him.

They added that the mista’arvim threatened the owner of the shop with a weapon.

Seven vehicles belong to the Israeli occupation police stormed the village after the child was taken, in order to protect the soldiers during their exit from the village.

Occupation forces launched, at dawn today, a campaign of arrests in al-Isawiyya, after storming the houses of residents, taking with them one Ali Attia, another named Saleh Obaid and the child Adham Abu Riala, according to Days of Palestine.