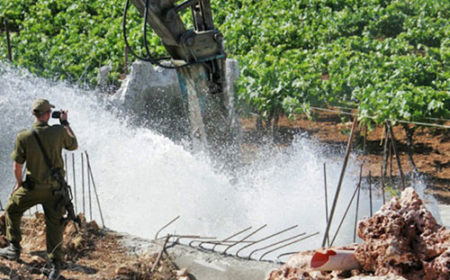 They said Israeli authorities opened the rainwater collection dams along the border with the Gaza Strip, causing about 1,000 dunams of agricultural land planted with wheat, barley, peas, cabbage, and cauliflower to sink.

Last week, hundreds of dunams of agricultural land in the Gaza Strip sank when Israeli authorities released rainwater from the collection dams into the coastal enclave. Large amounts of crops were damaged as a result, Days of Palestine reports.