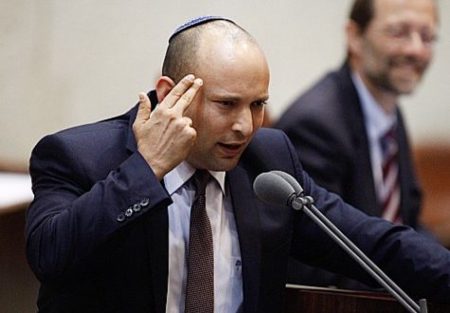 According to those reports, the decision came shortly after the Israeli army allowed entry and testing of 100 samples from Gaza, based on coordination between Israel and other relevant international health organizations.

The testing took place in a nearby Israeli military site, called Tservin, with the help of the Israeli government’s so-called ‘coordinator’ for the occupied Palestinian territories. The Israeli ‘coordinator’ has recently helped bring Coronavirus samples from Gaza, via the Israel-controlled Erez checkpoint in north of the coastal enclave.

Bennett’s latest order has reportedly been made with a series of other Israeli army decisions.

An Israeli military source, quoted on condition of anonymity said, “It is a mistake that Israel stops doing such tests for Gaza’s potential patients. Preventing the spread of Coronavirus tests comes in Israel’s best interest, as Gaza is directly adjacent to Israeli communities, in south of the country”.

Over the past several weeks, Palestinian health ministry officials in the Israeli-besieged Gaza Strip have been appealing to all concerned international bodies to ship much needed testing kits for the Coronavirus, so the health ministry itself can carry out the tests.

Earlier, spokesperson for the Gaza-based health ministry, Dr. Ashraf Alqedra, told media outlets that doing the tests in Gaza is much easier and much less time-consuming than sending samples via border crossings.

Currently, only a very limited number of testing kits are available in the coastal territory, with the health authorities there appealing for more shipments of the kits.