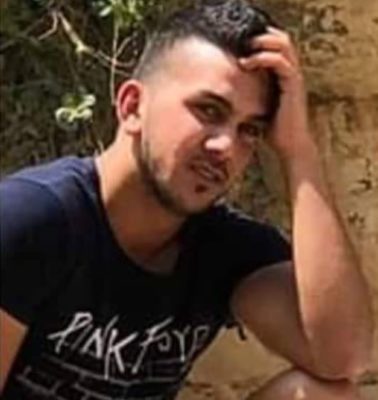 Israeli soldiers killed, on Wednesday morning, a young Palestinian man near Bethlehem city, south of occupied East Jerusalem in the West Bank. The Israeli army said the man tried to ram the soldiers and attacked one with a knife before he was shot dead.

The Israeli army stated that the soldiers shot the Palestinian dead when he attempted to ram soldiers with his car, and ran after one of them with a knife, at the Container military roadblock, east of Bethlehem, south of occupied Jerusalem.

Israeli Ynet News said the man struck the soldiers with his car, before getting out of the vehicle and stabbing the soldiers, 20 years of age, and added that the soldiers in the roadblock kiosk started firing at the Palestinian and killed him.

The slain Palestinian has been identified as Ibrahim Mohammad Hijazi, 24, from the as-Sawahra ash-Sharqiya town, east of occupied East Jerusalem.