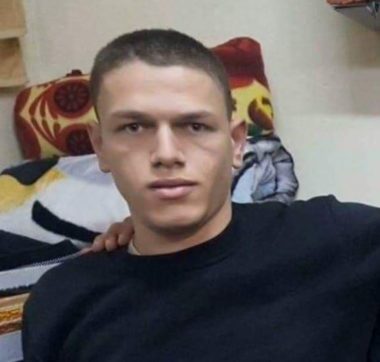 The Palestinian Prisoners’ Society (PPS) has reported that a detainee died, on Tuesday at night, in the Negev Desert Detention Camp, after fainting in the shower, and Israeli soldiers failed to provide him with any medical aid for more than thirty minutes.

The PPS stated that the detainee, Nour Jaber Barghouthi, 23, was from ‘Aboud town, northwest of the central West Bank city of Ramallah, and added that he was abducted by the soldiers four years ago, and was sentenced to eight years in prison.

It stated that the detainee was showering in Section 25 of the Negev Detention camp when he collapsed and lost consciousness.

The PPS held Israel fully responsible for the death of the detainee and denounced its deadly neglect of basic, internationally guaranteed rights of the detainees in direct violation of all related International laws, and the Fourth Geneva Convention.

On his part, the head of the Palestinian Detainees’ and Ex-Detainees Committee, Qadri Abu Bakr, said that Israel continues to abuse the detainees, violate their basic rights, in addition to its constant use of torture during interrogation, and the continuous invasions and violent searches of the detainees’ rooms.

Barghouthi’s death brings the number of Palestinian detainees who died in Israeli prisons since the year 1967 after Israel occupied the rest of Palestine, including East Jerusalem, to 273.

It is worth mentioning that more than 73 of the detainees who died in Israeli prisons since 1967 were tortured to death, 67 died after not receiving the needed medical treatment, 75 were shot to death after being captured, and seven were killed by Israeli army fire while in prison.