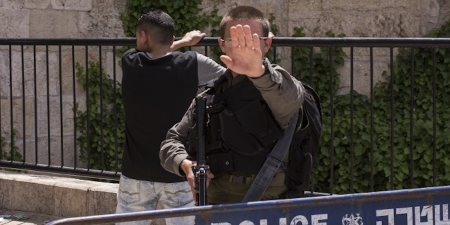 Palestinian civic activist Mohammad Jadallah was placed under house arrest in his East Jerusalem home following his release from detention, according to reports.

Israeli police detained Jadallah on Friday, following a TV interview regarding the events in Jerusalem, in light of the police measures against al-Aqsa Mosque and the Old City.

He was taken from his Beit Safafa home and held for several hours before he was released on a $2800 bail, and placed under house arrest for five days, according to WAFA.

He was also banned from giving press interviews for 30 days.