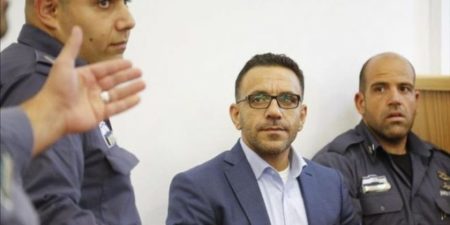 Israeli occupation intelligence, on Monday evening, delivered the Jerusalem governor, Adnan Ghaith, a decision issued by the Minister of Internal Security, Gilad Erdan, to prevent him from holding meetings, seminars and activities inside the occupied city of Jerusalem, for a period of six months.

The decision included preventing Governor Ghaith from collecting and providing financial aid to individuals and affected people, not holding organizational meetings, and not conducting meetings and seminars inside Jerusalem.

Occupation intelligence stormed the house of Governor Ghaith in the town of Silwan, south of Al-Aqsa Mosque, and handed him the decision and a summons to investigate Al-Maskoubiya detention center, PNN reports.