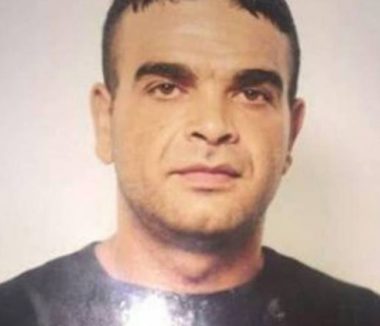 Jordanian Foreign Minister, Ayman Safadi, has confirmed that the Kingdom has officially demanded Israel to release the corpse of detainee Sami Abu Diak, 37, who died in Israeli prisons, and to allow its transfer to Jordan to be buried by his family there.

The Palestinian detainee carries what is known as a Jordanian “National Identification Number,” which also makes him a Jordanian citizen.

His family, largely living in the Kingdom, has called on the Jordanian authorities to pressure Israel into releasing his corpse for burial in Jordan. Israeli is still holding his corpse and refusing to release it.

Abu Diak was systematically denied specialized medical care, leading to serious complications that resulted in his death. He was only moved to Assaf Harofeh Israeli Medical Center after a sharp decline in his health.

The Palestinian Detainees’ Committee said its lawyers filed several appeals with Israeli courts, asking to allow his release to receive specialized medical treatment in Palestine, or abroad, but its requested were all denied.

“Sami was subjected to a deliberate policy denying him the right to adequate medical care,” the committee said, “Despite the serious decline in his health, and the constant complications, he was not provided with the urgently needed specialized care, and was only moved to a hospital when he neared death.”

It is worth mentioning Abu Diak, Sielet ath-Thaher town, south of the northern West Bank city of Jenin, and was serving three life terms and an additional 30 years in prison.

Sami Abu Diak was taken prisoner on July 17, 2002, and was first diagnosed with intestinal cancer in August of 2015, and underwent surgery, after the prison authority moved him to Soroka Medical Center, but due to a misdiagnosis and a medical error, he faced serious complications, and some of his intestines were removed.

Abu Diak underwent various surgeries, and suffered further complications, including pulmonary and renal failures, in addition to cancer and skin poisoning, and his condition continued to deteriorate since then.