Jordan Valley Settlements to be Expanded 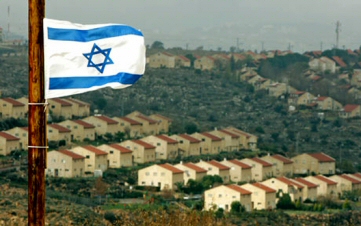 The Israeli Ministry of Settlement and National Fund announced, Wednesday, a new settlement plan in the Jordan valley, including doubling the number of Israeli settlers and constructing three more settlements.

Haaretz paper reported, according to Al Ray, that there are 20 settlements in the Jordan Valley which are housing about 4,500 settlers. It explained that the goal of the plan is to increase the number of settlers in the valley, and that the Israeli government has not officially approved the plan as of yet, and that it did not allocate budget for this purpose.

The Israeli government is to establish three settlements, Givat Silit, Petronot and Giv’at Eden, as well as expand the existing settlements.

The state has doubled up on the settlements process, in occupied Jerusalem and the West Bank, since the US declaration of Jerusalem as the capital of Israel.