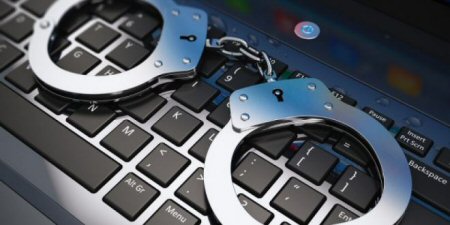 Amnesty International, Avaaz, Human Rights Watch, and 7amleh: The Arab Center for the Advancement of Social Media said in a joint letter to Secretary General of the Council of Ministers Salah Alayan, Palestinian authorities should amend the cyber-crime law to bring it in line with their international legal obligations.

The Justice Ministry has proposed striking some repressive provisions in the 2017 law in response to concerns from civil society groups, but left in place others that would allow disproportionate and arbitrary restrictions on the rights to freedom of expression, privacy, and protection of data.

“The proposed amendments to remove provisions that allow prison sentences and heavy fines for anyone critical of the Palestinian authorities online are a welcome step,” said Magdalena Mughrabi, deputy director for the Middle East and North Africa at Amnesty International. “But further changes are required to fully safeguard Palestinian rights to freedom of expression, privacy and protection of data.”

Palestinian President Mahmoud Abbas issued the Law on Electronic Crimes by executive decree in July. The authorities subsequently charged several journalists as well as a human rights defender, Issa Amro, under the law. After calls from Palestinian civil society to repeal the law, the Justice Ministry proposed revisions.

PNN further  reports that Amnesty International, Avaaz, Human Rights Watch, and 7amleh welcome, in their joint letter, proposed amendments that seek to remove provisions that permit the imposition of prison sentences and heavy fines solely for peaceful online criticism of authorities, and urge Palestinian authorities to amend or repeal provisions that allow the authorities to conduct surveillance, force service providers to retain consumer data, and block websites without sufficient safeguards for the rights to free expression and privacy.

Under international law, authorities may only restrict free expression if demonstrably necessary and proportionate to protect certain public interests (e.g. national security or public safety, public order, protection of public health or morals) or the rights and freedoms of others – but never solely to restrict peaceful criticism of a political authority. Palestine assumed these legal obligations when it ratified the International Covenant on Civil and Political Rights, among other treaties, in 2014.

“The Palestinian authorities should amend the recent cybercrime law to ensure protection rather than violation of Palestinian digital rights and freedom of expression,” said Nadim Nashif, director of 7amleh. “Palestinians have long been struggling for freedom and justice and it is critical that freedoms within the virtual sphere are upheld and respected.”