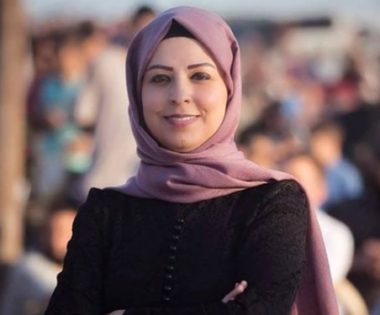 Press Release;The Palestinian Center for Human Rights (PCHR): Tomorrow, 25 March 2019, the Magistrate’s Court in Gaza will hold the sentencing hearing in the case of journalist Hajar Harb, whom the Attorney General’s Office brought charges against on grounds of Investigative Report on Alleged Corruption in the Medical Referrals Department.

The Palestinian Center for Human Rights (PCHR) emphasizes its rejection of subjecting journalist Harb to trial on grounds of her journalistic work. PCHR also appeals the Gaza judiciary to respect the freedom of expression and uphold the freedom of press.

PCHR emphasizes that the ongoing trial constitutes a serious violation of the freedom of expression and contributes to strengthening self-censorship that would undermine the freedom of press and its role as an oversight body.

According to PCHR’s follow-up, Journalist Harb had prepared an investigative report on 25 June 2016 about suspicions of corruption in the medical referrals file.

A week after the publication, the Attorney General’s office had summoned her on groundsof consideration and a complaint submitted by a doctor alleged to have been affected by the investigation. She was interrogated in this regard and then released. Harb later had to travel abroad for medical treatment abroad.

During her travel, Harb was surprised that on 04 June 2017, the court sentenced her in absentia to six months in prison and imposedon her a fine of 1,000 NIS. When journalist Harb returned to Gaza early last year, she filed a request for a re-trial.

Thus, the Court held many hearings to consider the case throughout the sentencing hearing was deterimined to be held tomorrow, 25 March 2019.

PCHR reiterates its rejection of the accusations by the Attorney General’s office against journalist Hajar Harb as what Harb has done is nothing more than a normal exercise of her right to freedom of press and the office should have investigated the suspicions of corruption revealed in the report.

PCHR calls upon the Court to uphold the freedom of expression and freedom of press and acquit her of all the charges and even provide her compensation for the material and moral damages.

PCHR also calls upon the security services and judicial authorities to respect the freedom of press and not impose restrictions on it, in addition to refraining from calling or charging any journalist without presence of a real crime and clear evidence.