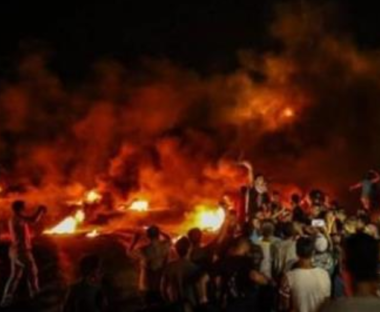 Israeli soldiers injured, on Sunday evening, two Palestinians, and caused many others to suffer the effects of teargas inhalation, in several areas in the eastern parts of the besieged Gaza Strip.

Medical sources said the soldiers fired many live rounds at Palestinian protesters, wounding two, before they were rushed to a hospital.

The sources added that several Palestinians suffered the effects of teargas inhalation, and many others suffered cuts and bruises.

In addition, the army fired a tank shell into Palestinian lands east of Rafah, in the southern part of the Gaza Strip, and another shell into an area east of Juhr ad-Deek, southeast of Gaza city, causing damage.

The army also caused damage to a Palestinian Red Crescent Ambulance after an Israeli tank shell landed and exploded near it while the medics were trying to reach wounded Palestinians, in northern Gaza.